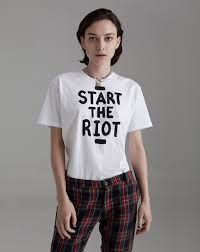 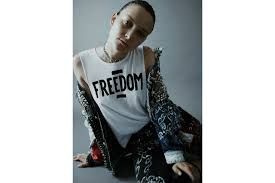 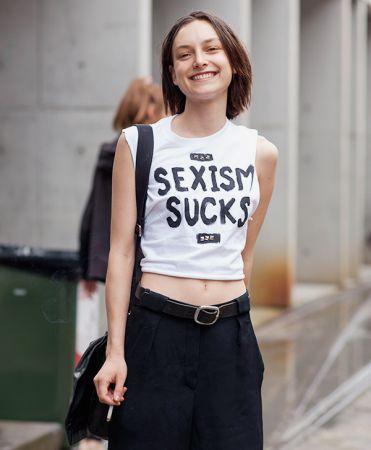 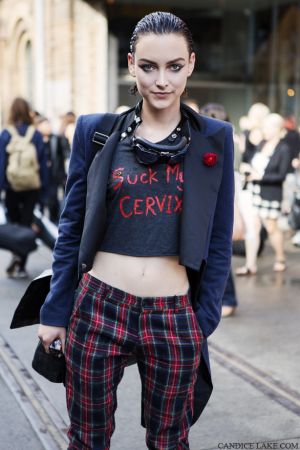 Ollie Henderson first came to the world’s attention as a model and is still one of Australia’s most coveted faces, but last year she stopped us in our tracks for a different reason.

Frustrated with the political climate at home, Henderson hand painted an array of slogans she felt strongly about and handed them out to her friends – who happen to be other models, musicians and artists who live in the spotlight too. So very quickly, and simply, her voice was heard and now House of Riot is a fully fledged fashion label and art project, dedicated to raising awareness including gender issues, the environment and economic disparity.

She’s a beacon of hope in a fickle industry and she’s making some far-reaching waves. A very deserving muse.