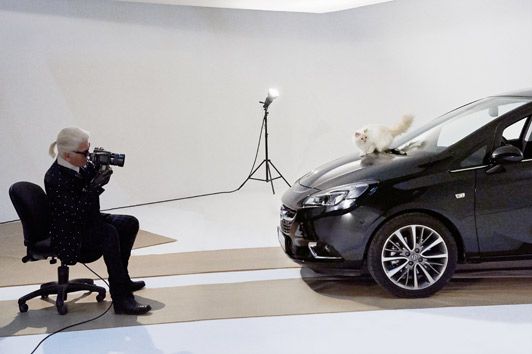 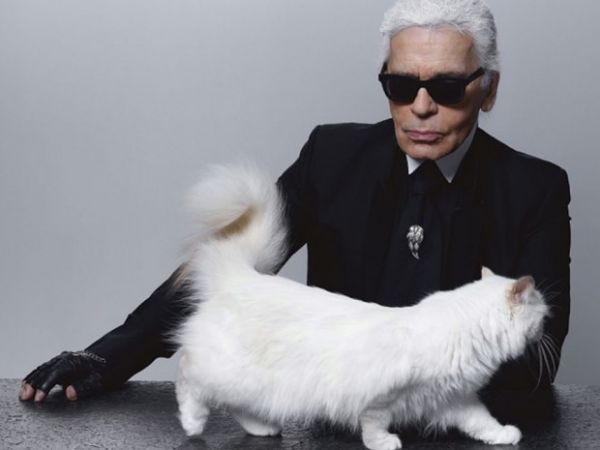 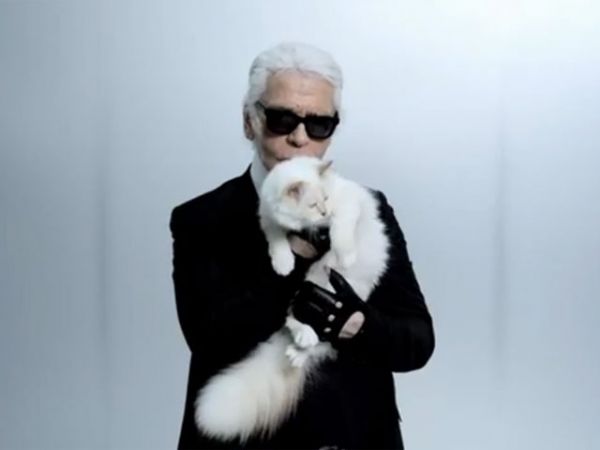 We’ve said before that inspiration can be found almost anywhere and we love that for Karl Lagerfeld, it lies so close to home.

In fashion circles, Lagerfeld’s cat Choupette enjoys superstar status, having appeared in editorials everywhere from V Magazine to British Harper’s Bazaar. Another Magazine recently reported that “she famously travels with him on his private jet in specially-commissioned Goyard luggage. She eats at the table with him and has her food prepared by his personal chef.” Karl himself explained “She did Opel, (a car brand) like Claudia Schiffer, in Germany. After the campaign came out, they sold 10,000 cars in two weeks. And she was paid a fortune for that.”